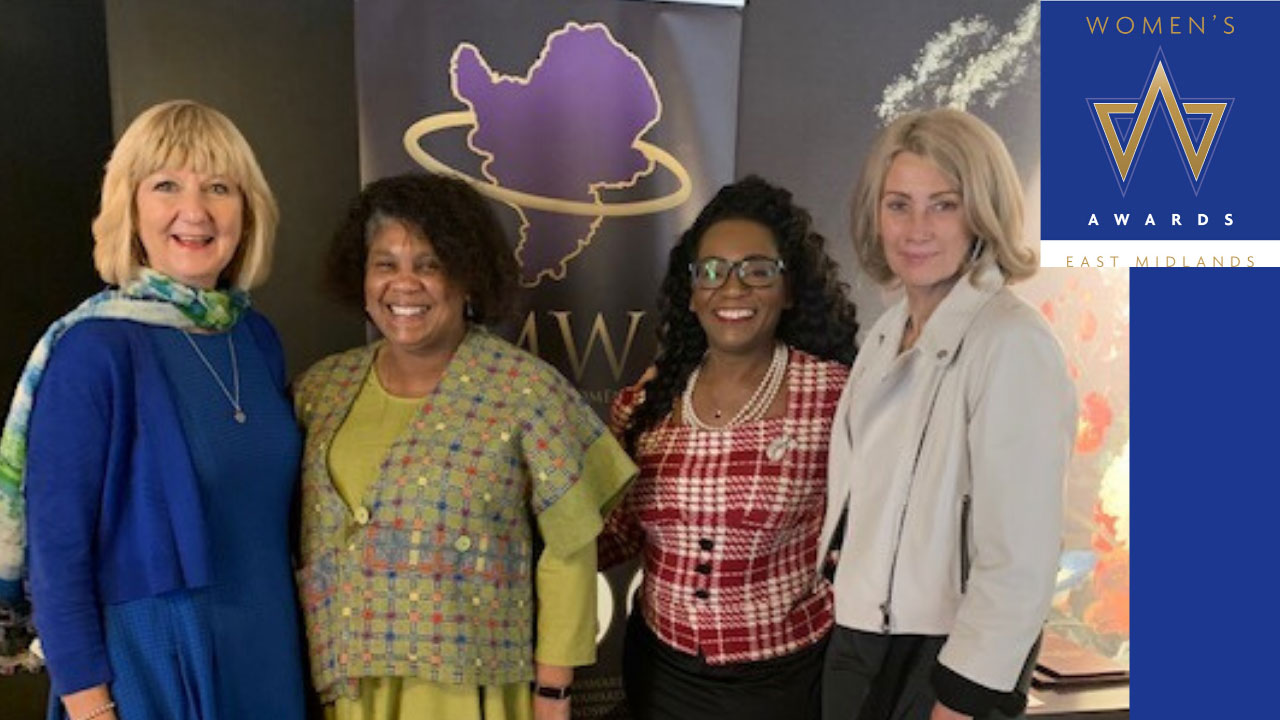 Serendipity is an internationally connected arts and heritage organisation that actively changes the UK’s artistic and cultural landscapes with an innovative and inspiring high-quality programme.

Paulet joins us in September 2019 at one of our Information and Networking events in Leicester to share her experience and the impact being nominated for and winning the award had on her and her business.

“I feel like I’ve come from a slightly different sector because I come from the Arts and it for small charities. So it’s not the same way that people feel because the arts and culture are only beginning to catch up with he fact that actually, we are small businesses as well. And we’re in some ways being dragged kicking and screaming there, to recognise that we can’t just rely on subsidies to deliver all the things that we want to do.

And so, me getting the award it was a brilliant year for us that year. We had, we’d won several awards and we didn’t nominate or put ourselves forward, and we were quite, quite surprised by that.  But what’s really good is that we were nominated for this award and it was outside of our sector. Outside of our comfort zone, and that other people who were not necessarily engaged in arts and culture could see the value of the work that we were doing. And that was brilliant, because it made the sector that we sit inside, sit up and acknowledge the work that we’d been doing, which they hadn’t done before.

Because although I run an arts organisation, and I put on a number of festivals a year, what we do below the radar is that, you know, I have in the last seven years like about a hundred to a hundred and fifty young women who I personally mentor privately which is not a public thing.  And so, in terms of winning this sort of award for women and the work that I’m doing, it was sort of amazing.

So I mentor girls in Scotland, you know I do it by Skype because I can’t get there all the time.  I’ve got some in Plymouth and some all over, so it was nice that we were starting to get that recognition for the work we’re doing, outside of that sector.  We’ve got our own little Alumni, in terms of the work that we’re doing.     So, me it was really, really nice, because made people rethink us in the arts world.

I further in that year when on to the Regional Council of the Arts Council as well.  That’s good because although the Regional Arts Council represents the Midlands, I am the only the only African Caribbean person, even though this is supposed to be reflecting the Midlands.  Blacks a bit thin. That needs to have a step change.

We then went on to win, that year the Best Programme of the Year, within the Dance sector.  Again, we weren’t expecting that, but you see all these came through on the fact of getting the initial nomination.  Because when we were nominated, we put it out on our website.  We put it below the email signature.  So that went out on loads of things and then the next thing you know, a number of other nominations and a number of things started to come in.

And I think it’s about that, you talked about the marketing of things and programming and pushing it out there. And people started to look at things differently, although we’d been doing, Serendipity has been around for nine and a half years, but I’ve been working in this Regions for about thirty-five years. And so, you know you’ve been pushing away and pushing away for years and I think it was really, really supportive.

On the night that we went for the event, I also had a Black History Month event on. So, October is a bad time for me. And one of the things that Sandra said was oh you need to come and I thought, Oh my god, you know, I can’t go to that and you’ve got the event on. So we had an event on and I thought, I can jump a taxi between the two places if needs be.

And so, I thought, I didn’t invite any of my staff teams, came with my Mum and my sister, because I thought I don’t know what else to do.  Mum loved it. Great for my Mum, she absolutely loved it, but I was on the phone. I was on the phone and they were reading out all the names of all the people and I thought well I’m not going to win anything but I’m gonna come in any case. That’s okay. I said I’d come.  I said I would support. I’m not gonna win anything so it’s fine.  So I’m directing them on the phone, because I got this event across the City. And meanwhile, I didn’t know all the people on the table, they were telling me.  You were there (speaking to a member of the audience) You were telling me, get off the phone, get off the phone. (Put the phone down) So I’m telling them what to do and them all of a sudden, I remember you looking at me and it was my name. And it’s like oh my god! And I trying to put the phone down and walking up like yeah, yeah.

I was absolutely, I’ve got to say that I’m absolutely thrilled because when I looked at the other women that were also nominated, and I said it on the night and I’ll say it again, I would have welcomely support and would have nominated and been happy for them to have won because I can see could see the work that they have been doing as well, which is so, so important.

So, to actually then to have come through and to have won was amazing for me. Just didn’t see it coming at all.  It’s been really, really good for the organisation as well, in terms of people acknowledging that.  It’s really been very good for me as an individual because I think that when you promote work, you promote the work, you don’t promote yourself. That’s the sector that we’re in. So, we’re putting on the artists, we not putting on yourself. So you do constantly work behind the scenes putting everyone else forward, everyone else there. So it was very, very nice to get that respect. Because I think that’s what it is, its respect that other people acknowledge you, that respect for the work you’ve been doing, because I think the work that we do, its art but it for the community.  You know, it is about empowering people.  It’s about giving people a voice.

And so, we’ve done a whole think about black women in dance, you know and that’s about giving a voice.  You know we publish books and it’s about changing the narrative around that.

Black History Month, you’ll see, we got a black woman on the front.   And that I say to everyone, ‘cause no one seems to be able to get the name right, its Sarah Vaughn.  Sarah Vaughn played at De Montfort Hall in 1962.  There is a host of amazing people who’ve play and performed which we don’t acknowledge. So again, that’s what we’re going to be doing this year.

And you’ll see that largely in lots of things we do, there’ll be lots of women’s voices.  And got a new film coming out that’s part of the launch called ‘A Very British Voice’ there predominantly women in that as well.  And we did that when we wanted to look at the notion of Windrush, but we didn’t want to do the Windrush story and we didn’t want to do the picture that you get of Windrush with the men with their Trilbies going ‘Windrush is the…’  We didn’t want to do that because its always all about the men.  It’s never about the women and you know, women were part of that journey as well. So we’ve been trying to address that. So, it’s not we’ve not side-lined men in the things that we’re doing, but we’ve just raised the profile of women so that it’s more on a level playing field. And I think, having the backing of organisations like this as well, really helps. That’s me done. “